Our associates are our greatest asset. We value a high-quality working environment where creativity thrives. We encourage teamwork and reward individuality within a cohesive team.

Back To All Team Members 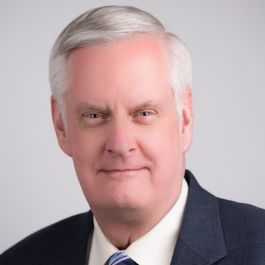 As A P Ventures Senior Strategic Advisor, Mr. Goedkoop  leverages his deep knowledge and relationships to help provide meaningful and value based solutions to solve complex challenges that are faced in the DoD market.

Mr. Goedkoop is a planning, operations and business executive with over 45 years of experience as a senior defense analyst and organizational leader. After retiring from the Army as a Brigadier General with 30 years of service, he joined Booz Allen Hamilton and spent over 14 years with Booz Allen rising to a corporate Vice President. During this period, he increased the revenue of his Army sub-account from $21 to $55 million. For the past two years he has served as an independent consultant continuing his work in support of Training and Doctrine Command (TRADOC), the Army Futures Command and other defense clients. His work experience is exceptionally broad and provides clients with a wealth of proven managerial experience in many critical areas to include: Strategic Planning, Army Transformation, Capability Development, Technology Integration, Operational Planning and Execution, and Training Management/Integration. Army assignments included service in Army and Joint units in Europe, Korea, and the United States with operational deployments to Saudi Arabia, Kuwait, Iraq and Uzbekistan in addition to tours of duty in the Training and Doctrine Command; Forces Command Headquarters; US Forces Korea and the Army Staff.

Since 1995, Mr. Goedkoop has been heavily involved in the transformation of the Army. As the Commander of Task Force XXI, 4th ID, the first digital brigade, he integrated the technologies of over 70 ground and air digital command and control systems and other initiatives to increase the lethality, survivability and effectiveness of a newly designed combat formation; the 7,000–man Task Force XXI. Thousands of revolutionary digital command and control components were issued while the Task Force currently developed and executed training programs to guide soldiers in their use.  Working with the Army, his Task Force was responsible for developing new doctrinal concepts for digitally aided war fighting and new training methodologies to ensure their effective tactical integration while continuing to partner with industry. When assigned as the Deputy Commanding General, I Corps and Ft Lewis, July 1999- Sep 2001, Mr. Goedkoop created and executed the comprehensive plan that guided the transformation of a 3,500-man heavy Brigade Combat Team into the Army’s first Stryker Brigade Combat Team. This plan included guidance on turn in of over 20,000 pieces of equipment, issue and new equipment training for 42 new systems, creation of a collective training plan for this new organization, development of funding estimates, reorganization of unit facilities, personnel reorganization and establishment of numerous training and range facilities to support this unique organization in record time.

Post Army retirement, his initial effort was supporting the Army Capabilities Integration Center (ARCIC) as a Senior Advisor to Task Force Modularity, the redesign of the operational Army. He assisted in the design of the emerging modular force by conducting numerous computer-assisted war games and assessments to identify organizational shortcomings and alternative solutions to the design of these organizations. Mr. Goedkoop then led The Army Modular Force Observation Team to observe and evaluate 32 rotations to the Combat Training Centers to validate their effectiveness and to make recommendations for changes to these new units to increase their tactically capability and publishing the first six doctrinal manuals to guide their tactical employment.

APV provides a full range of IT solutions to meet our clients' needs and budgets. Read more about our services and contact us to learn more about how the APV advantage can work for you.